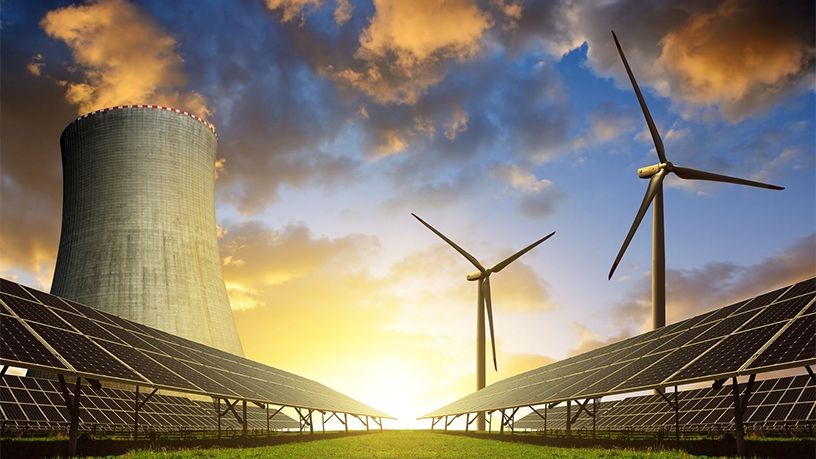 Under the agreement, the NDB will provide a loan with sovereign guarantee to Eskom. The NDB was established by Brazil, Russia, India, China and SA to mobilise resources for infrastructure and sustainable development projects in BRICS and other emerging economies and developing countries.

The loan facility comes at a time Eskom is struggling to keep the lights on. President Cyril Ramaphosa recently said the severe financial and operational challenges being experienced by Eskom are as a result of a number of factors, from state capture to poor maintenance of its power plants.

It adds the PFF will support renewable energy development and reduce the country’s reliance on fossil fuels.

The project will integrate a total of 670MW of renewable energy into Eskom’s grid. Modern grid connection infrastructure will be used for renewable energy projects and augmentation of the Eskom transmission network to the identified areas.

The project will also help increase electricity supply to the targeted areas for sustainable development.

According to the power utility, the project will enhance the country’s capacity for renewable energy while achieving sustainable growth. It also aligns with the bank’s focus to support projects that aim at developing renewable energy sources.

“We are happy to support this important project that will contribute to the development of grid connection infrastructure in South Africa and support the shift to a more sustainable energy path in the country,” says Zhu.

“The project is coherent with the bank’s focus on projects that incorporate sustainability from their inception. Moreover, we believe that supporting South Africa’s energy sector is fully in line with the bank’s mandate and our role as a reliable development partner.”

“Eskom welcomes the support from NDB and we look forward to fostering a valuable partnership with this organisation whose mission is to enhance infrastructure for sustainable development in its member countries.”

Commenting on the deal, Brenda Martin, chairperson of renewable energy industry body, the South African Wind Energy Association, says Eskom’s role and duties as sole purchaser of power has been reinforced by government and the courts since early 2018.

This after the power utility had for some time been blamed for delaying the signing of renewable energy projects. The 27 outstanding power purchase agreements were eventually signed last year.

“With construction for Round 4 projects now under way and with the urgent need for new additions of power, the industry anticipates Eskom will recognise the need to fulfil its mandate to government and South Africa and not inhibit further investment in renewable energy,” says Martin.

She adds that while the private sector covers significant costs of connecting to the grid up to the point of connection, Eskom as owner of the grid has to cover its own costs routinely associated with additions of new power such as deep connection costs.

“These routine operating costs for the grid owner are recoverable in the tariff. In a power system where the utility is a vertically integrated monopoly, this is quite routine. This is another reason why restructure of the SA power system is advisable.”

This article was originally posted on   https://www.itweb.co.za/content/lLn147myVzl7J6Aa